Below is an excerpt from a recently published article on cooling large facilities:

“What do large distribution centers, warehouses, Wal-Mart, Sam’s Club, Costco, and Lowe’s all have in common? These facilities are all part of what have commonly become known as the big box stores in the construction industry. One would have to admit that over the past 25 years these stores have dramatically changed the landscape of our cities. As the immense demand for large structures has grown, so has the problem of cooling such large buildings in the most efficient and green method possible.

In dealing with the issue of effective climate control, most of these facilities have always defaulted to a standard packaged air conditioning system. However, with the increased cost of energy in the past year, many stores, especially in the Southwest United States such as Wal-Mart Supercenter #4356 in Las Vegas, are opting for a economically and ecologically friendly method of thermal control known as evaporative cooling.” 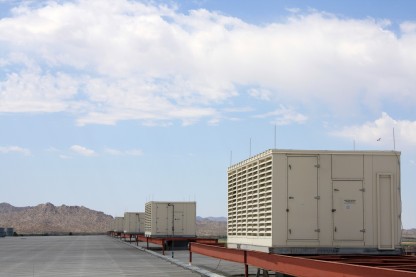